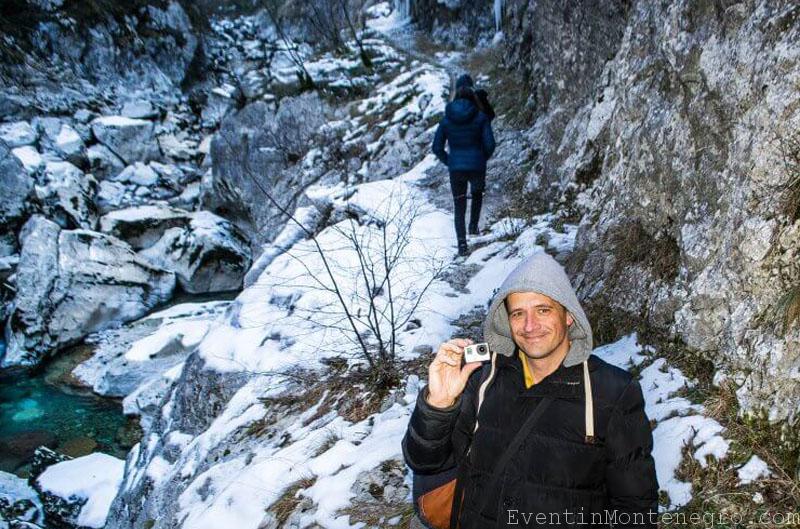 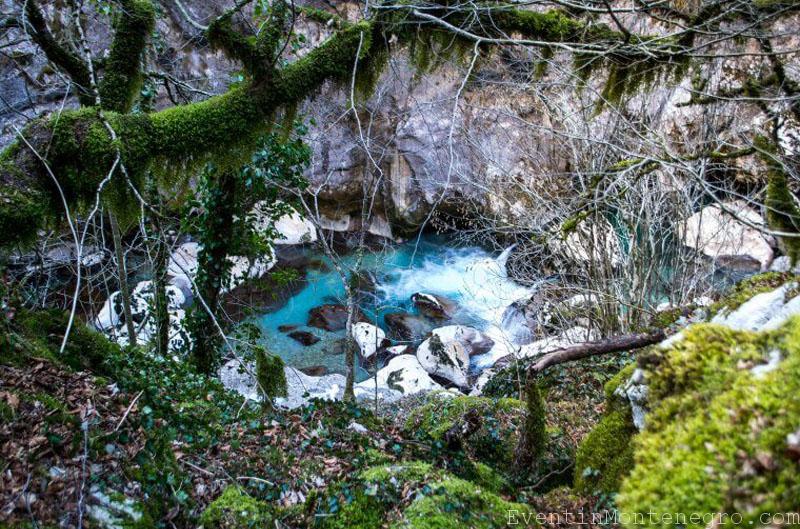 A DANGEROUS ADVENTURE TO THE MAGNITECA RIVER CANYON

One name of the river Mtvitsa already contains mystery and danger. For several months now, I dream of going to the canyon. The photos of these places are simply delicious.

The day was warm and sunny. The end of January. On the coast in Montenegro, everyone has become accustomed to the fact that snow is a rarity. Here you can admire the green palm trees and the blue sea for ages.
Today, something special awaits us.
Montenegro is a small country. For two hours in the car, we changed the spring landscapes to winter ones.

How cool, to feel the frosty freshness and to hear a pleasant creak of snow under your feet.
- Whistle, do you hear this whistle? I asked the companions.
It turns out that one of the locals saw an unfamiliar car and went looking for us. Whistling in response, we descended from a small cliff.
Those who wanted to see the canyon at this time of the year were few. Only we.
A middle-aged man, wearing glasses and with binoculars, was already waiting for us on the road.
With concern in his voice he said:
"Do you know that this is dangerous?" The snow is melting, the road is narrow and sometimes it can be slippery. Yes, and yet, now there is a hunt for wild boars, be careful.
He kindly showed the way. Such an inconspicuous turn, we would have definitely missed.
The news that hunting has begun has added sharpness of sensations to an already unsafe trip.
We passed several bridges, and we saw a view of the unusual trees in the green moss and the purest river. The snow melted long ago.

After 500 meters, a dangerous road began.
Giant icicles blocked the way for us. 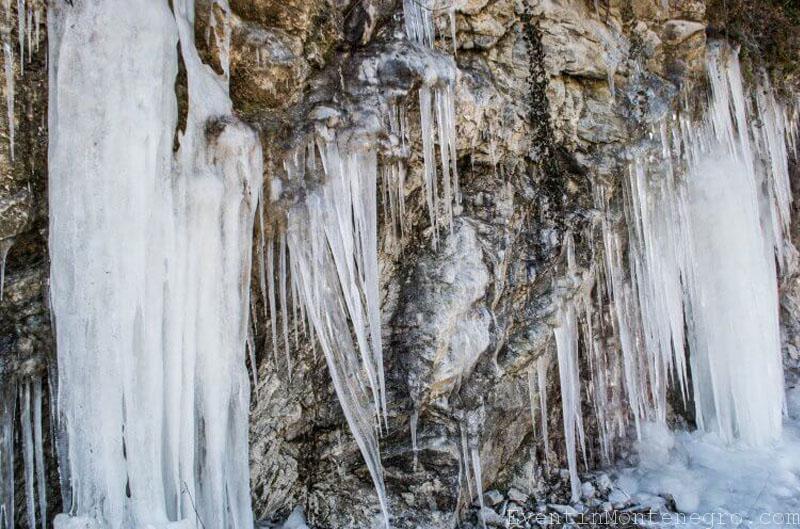 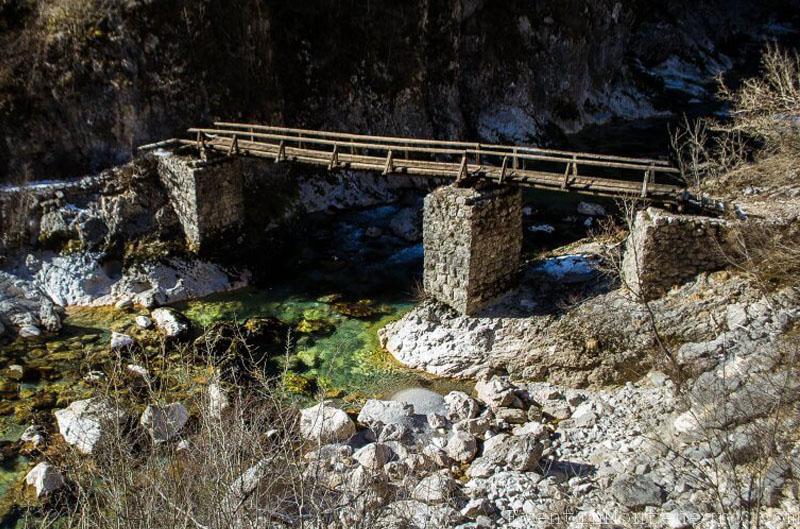 Once these were small waterfalls, and now a dangerous ice wall, deceptively beautiful and attractive.
Slowly, with the support of each other, this dangerous section of the road slowly passed.
What we saw was worth all the effort.

I often stopped and took pictures. My fellow travelers were much more inspired by the idea of ​​a halt with a snack. They did not share my passion for photography and were constantly in a hurry. But I still managed to make dozens of photos to capture these beautiful places.

Now you can enjoy the winter views of the canyon of the river Mtvitsa. 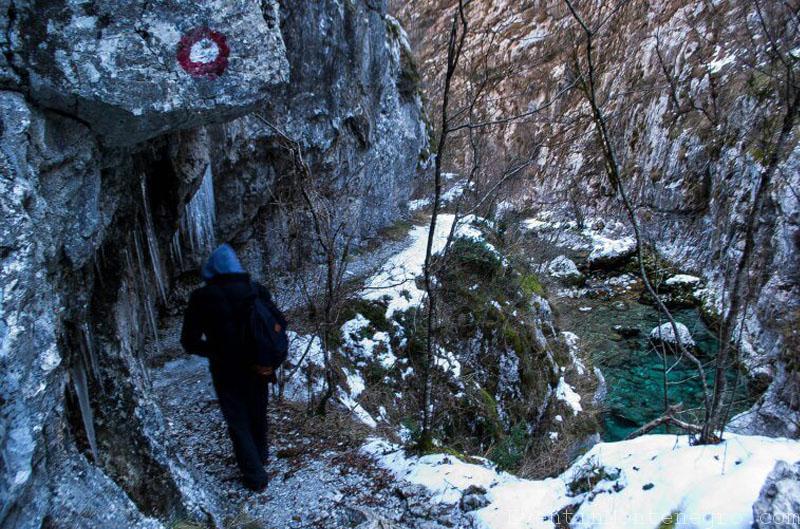 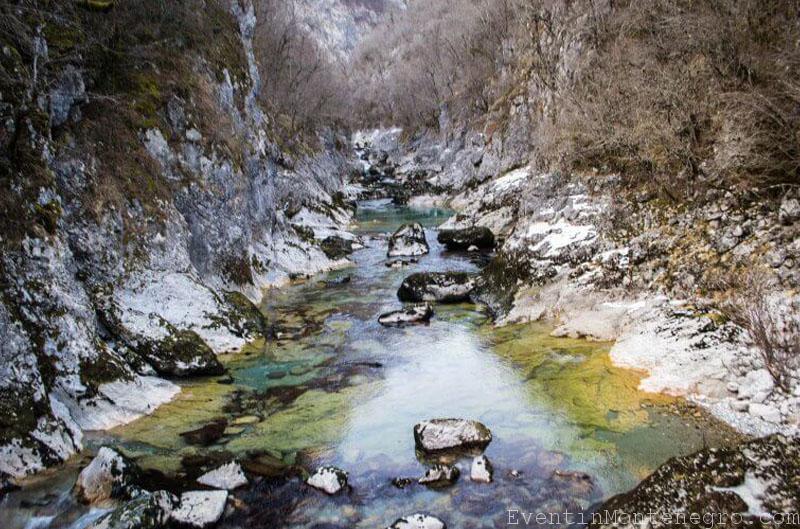