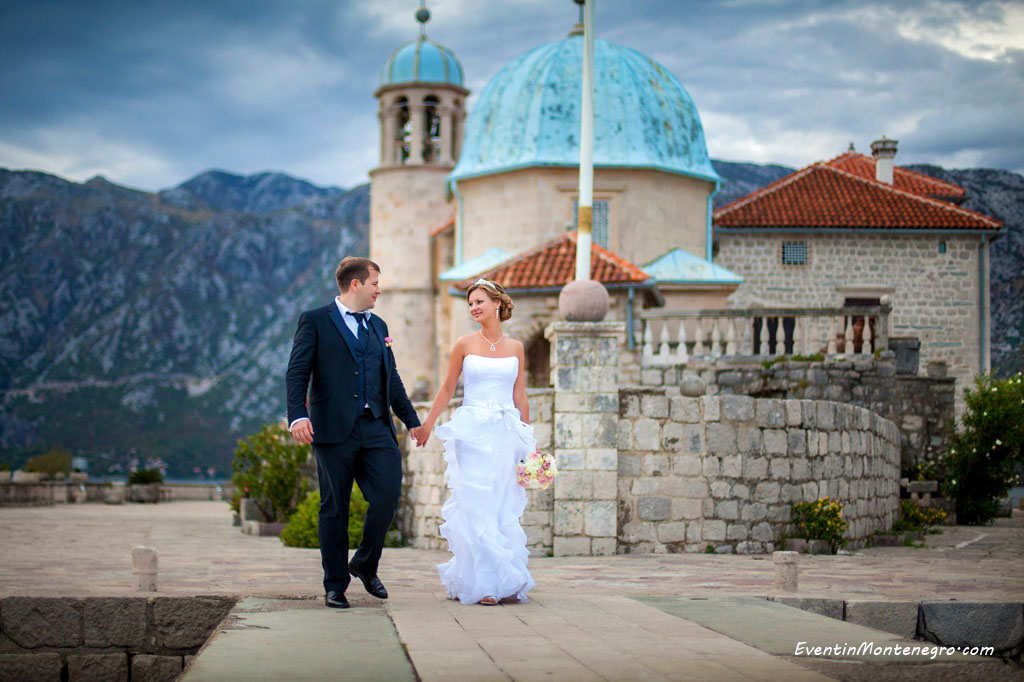 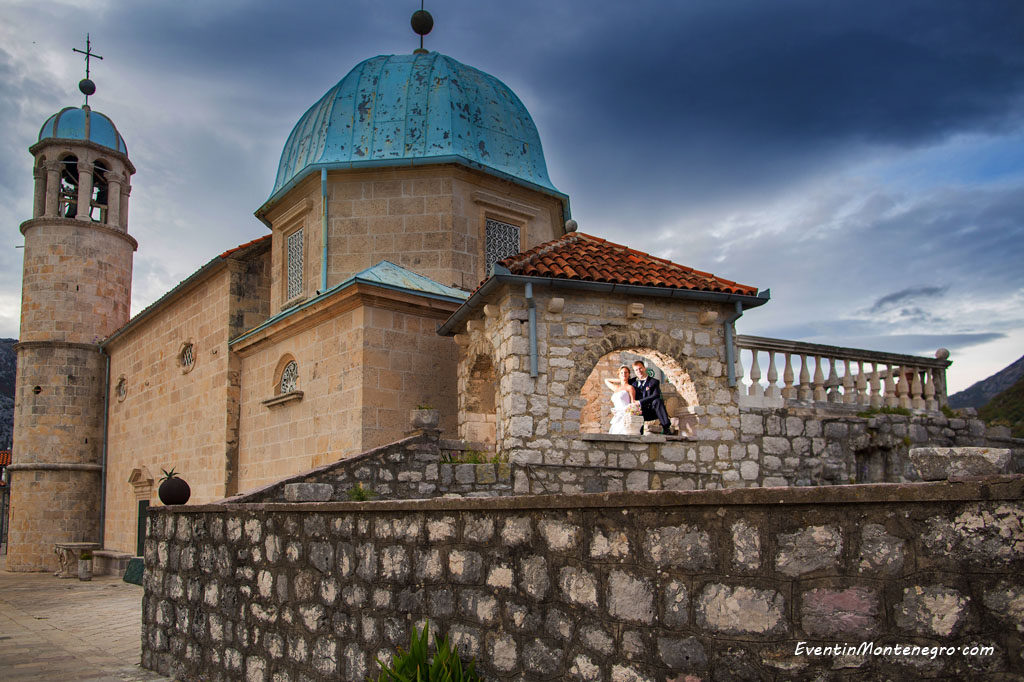 Gospa od Škrpjela is one of the islands in the Bay of Kotor, located opposite the city of Perast (Montenegro).

The name of the island "Gospa od Škrpjela" means "Madonna on the Reef" or "Mother of God on the Rock" (from the Latin "scropulus" - "reef"). Gospa od Škrpjela is perhaps the only man-made island of the Adriatic and is located 115 meters north-west from the island of St. George. It was built over the reef after the seamen from Perast, the Morteshichi brothers, in 1452, found the icon of the Virgin Mary on it, which cured one of them from the disease. After that, the icon immediately became revered.

The island of the Virgin-on-Reef is a small island near the coast of the city of Perast in the bay of Kotor. This landmark is an integral part of Montenegro. The island was created artificially; for this, its old and captured vessels were flooded with the help of rocks and stones.

The largest building on the island is, of course, the Catholic Church "Mother of God on the Reef." But, besides the church itself, a museum, a small souvenir shop and a lighthouse are built here. 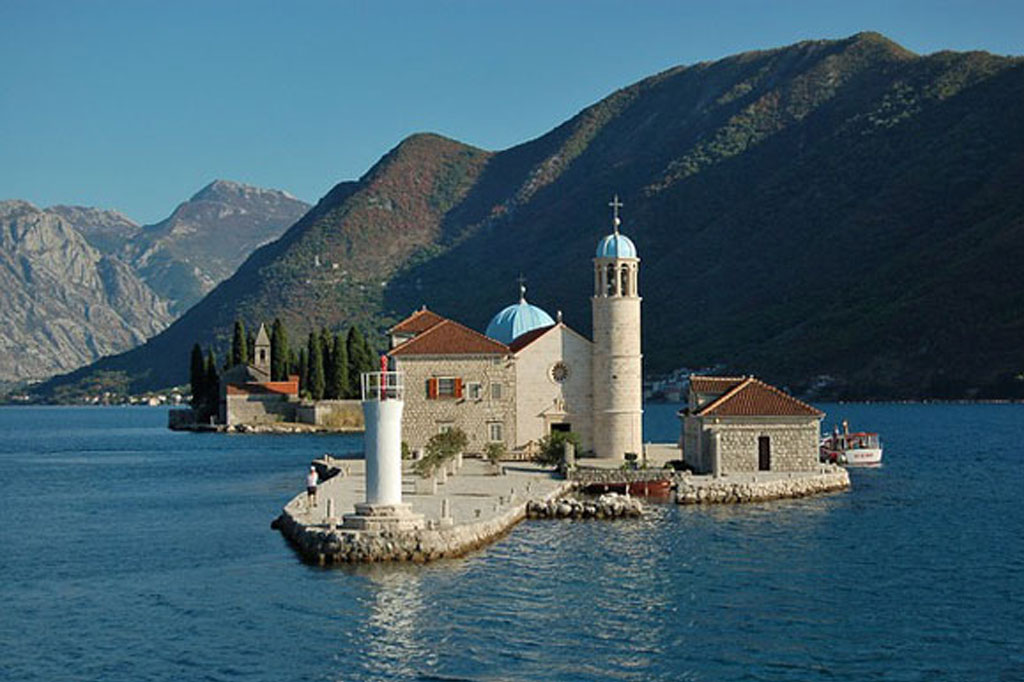 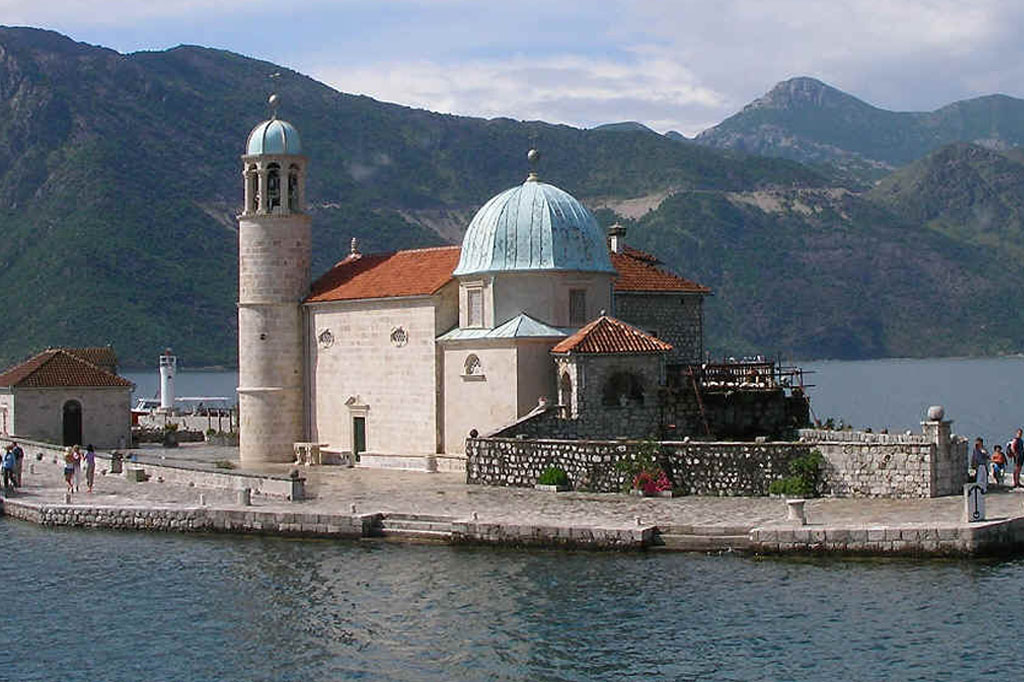 The island has its own legend, according to which, it was built by sailors for centuries. Thus the ancient oaths were performed. Once upon a time, two sailors were saved by this rock from certain death, and they found the icon of the Madonna and Child with them. Historians even call the exact date when this all happened - July 22, 1452. Miraculously, the surviving sailors decided to strengthen the rock with stones in order to create enough land for the construction of the church on it.

Since then, every local sailor, returning home after a successful trip, threw a stone near this rock. This custom has been preserved to this day. Once a year, on July 22, when the sun sets over the horizon, the locals swim to the island by boat and throw stones into the depths of the sea, thereby expanding the base of the island.

In the same year, when the icon of the Madonna and Child was found, a small Orthodox chapel was built on the island. And the real Catholic Church of the Virgin on the Reef was built already in 1630 by the Venetians, and the whole island was named with the same name. After nearly a hundred years, Elias Katisis headed the construction project, under his leadership the church building was enlarged, crowned with a dome, and a bell tower was attached to it.

Inside the temple hang baroque paintings by the 17th-century artist Tripo Kokol, who lived in the city of Perast. The canvas, which is 10 m long and has the name “Assumption of the Virgin Mary”, brought him the greatest fame. In the year 1796, an altar made of marble was installed here, on the creation of which Genoese sculptor Kapelano Antonio worked, and the icon of the Mother of God on Reef was painted on it, painted by the artist Lovrenty Dobrishevich.

The church is also famous for its famous tapestry, which for 25 years has been embroidering Yasinta Kunik-Maidjovitz, waiting for her lover to go on a long and dangerous journey. As soon as the work was finished, the girl went blind. Yasinta wove tapestry with the help of gold and silver threads, as well as from her hair. 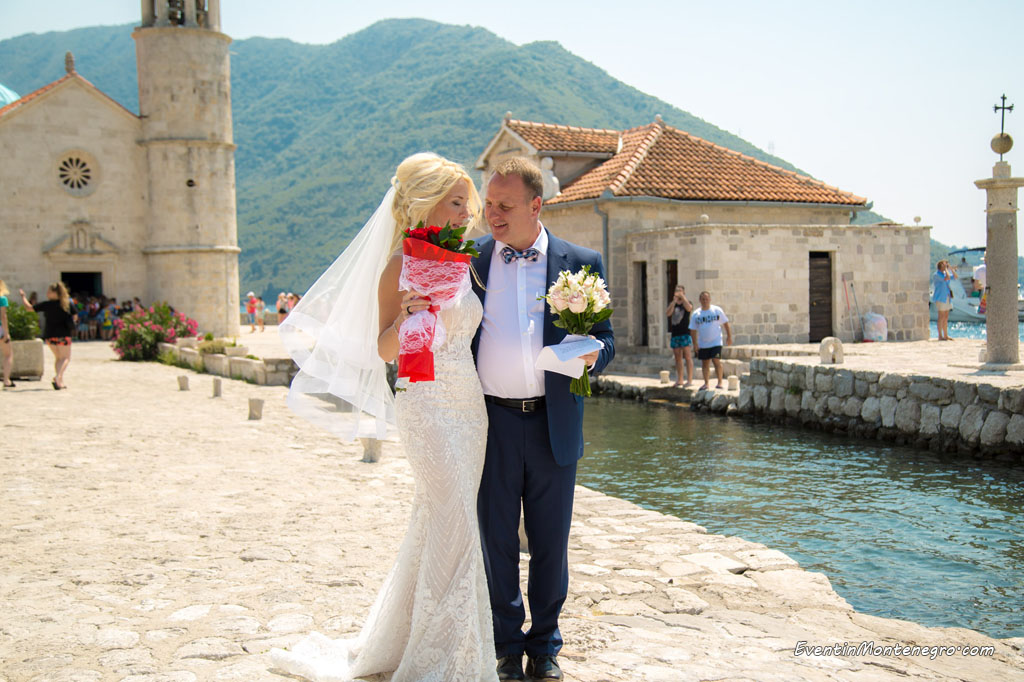 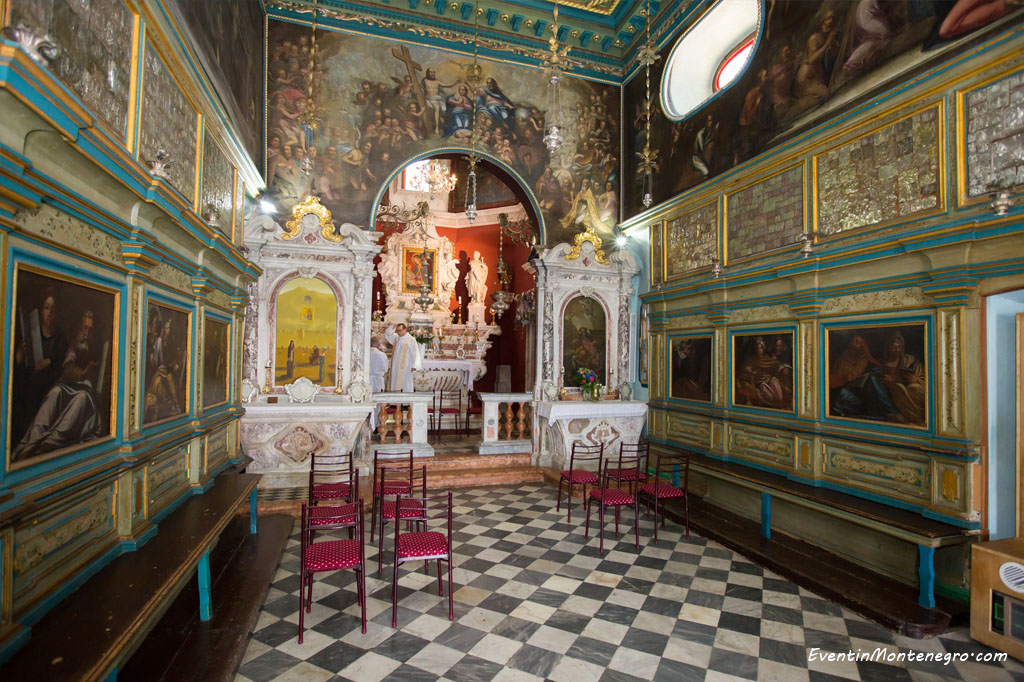 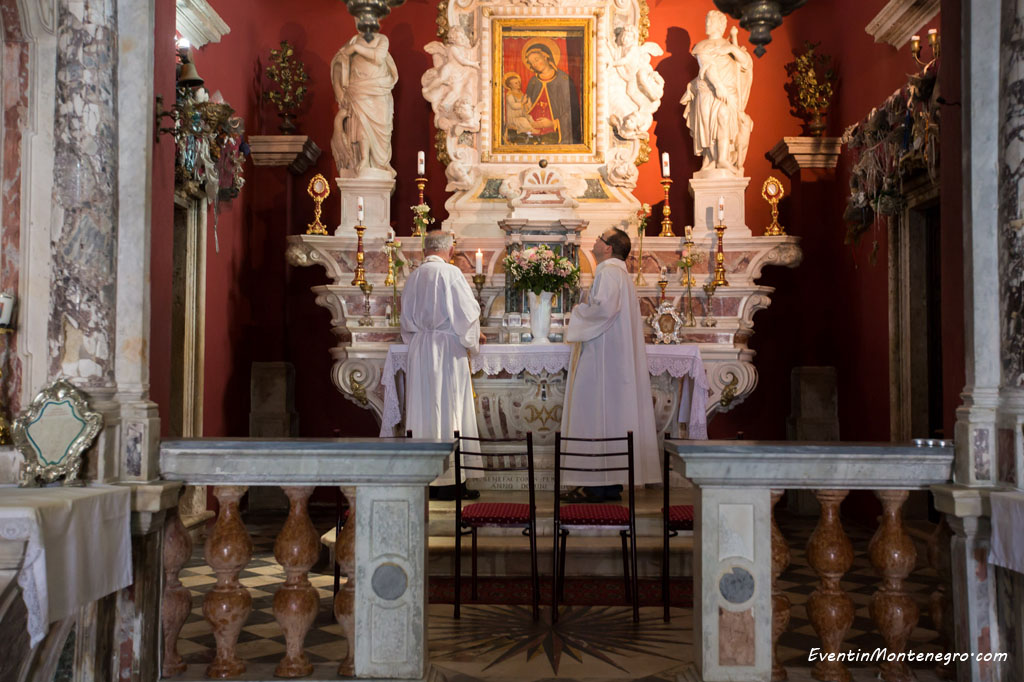 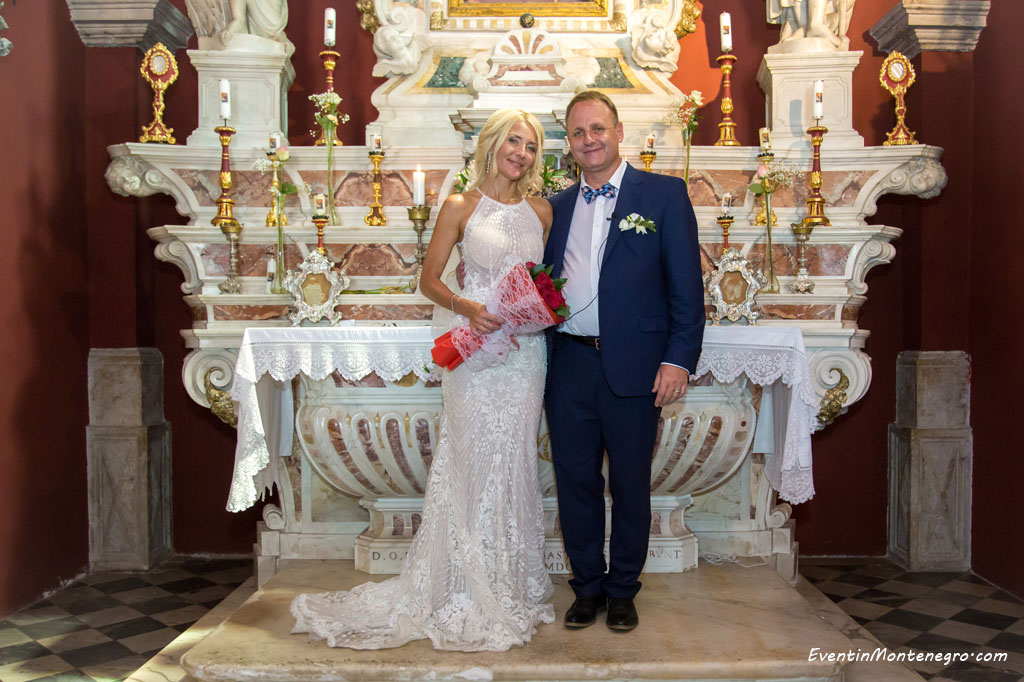 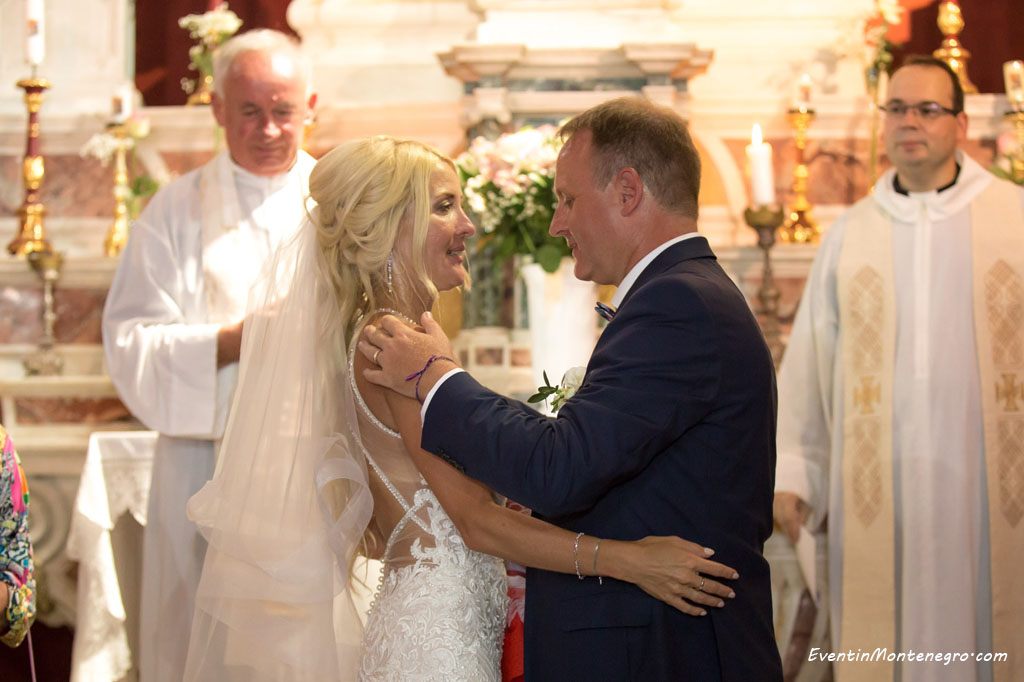 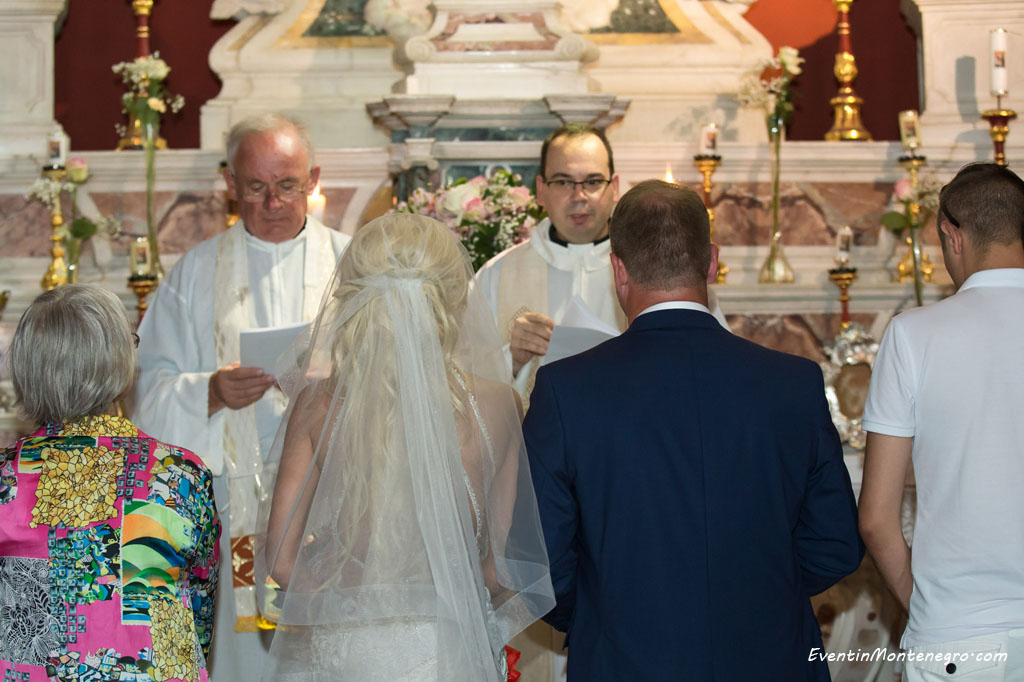